It’s important to address a recent update that Google has made in its algorithms to help facilitate the world’s migration to mobile. However, Google’s recent focus on mobile has been no secret.
In fact, way back in May of 2015, the search giant stated that "more Google searches take place on mobile devices than on computers in 10 countries including the US and Japan." Clearly, mobile has become a highly-relevant platform for search, and Google knows it.

For that reason, mobile usability is important. When you use Google’s Page Speed Tool to assess the speed of any URL, not only will you see the desktop score, but also a separate mobile score as well. That should highlight the importance that responsive designs and page speeds on mobile devices should have.

MASTER SEARCH ENGINE OPTIMIZATION
If your site doesn’t possess a responsive design or it doesn’t load properly on a mobile device, you’re shooting yourself in the foot. If you’re using WordPress, ensure that you’ve implemented a responsive theme that looks just as good on smartphones and tablets as it does on desktop devices.

However, beyond simply having a responsive design, you need to ensure that your site is following the AMP specifications. Now, if you’re not a programmer or a developer, you might find this difficult if you’re not running a popular CMS such as WordPress. Either way, you need AMP for your content and pages. AMP has priority in SERPs, and although it won’t let you outrank everyone else, it will give you a small advantage over content that lacks the AMP specifications.
If you’re using WordPress, which you most likely are, installing AMP isn’t too difficult. Currently, you can download a plugin available for AMP that will naturally make your content available within this specification. This is an important part of the process and shouldn’t be overlooked.

AMP will give your content near-instant load times with Google. And, since Google is keenly interested in the user’s experience, it will add immensely to the experience of those that are visiting your page. However, AMP is essentially a stripped-down version of an HTML page. You can read more about the AMP specification at the following URL: https://www.amp_project.org. It relies on an HTML specification that prioritizes performance and speed over unnecessary bloated elements that can generally slow down the load time of the page. In particular, here’s what the AMP Project itself has to say about AMP and its specifications: `AMP HTML, uses a set of contributed but centrally managed and hosted custom elements to implement advanced functionality such as image galleries that might be found in an AMP HEVIL document. While it does allow coding the document using custom CSS, it does not allow author-written JavaScript beyond what is provided through the custom elements to reach its performance coals."

There’s also one other point to note out if you’re using the AMP plugin with WordPress, you won’t have access to the analytics that you’ve generally installed on tour WordPress site. You’ll need to add a separate plugin to track the analytics of your AMP pages.

This can seem a little bit frustrating, and there are vaT few posts on currently how to do this if you search through Google. However, you’ll need to find a separate plugin that uses the AMP-specified analytics engine for Google Analytics. 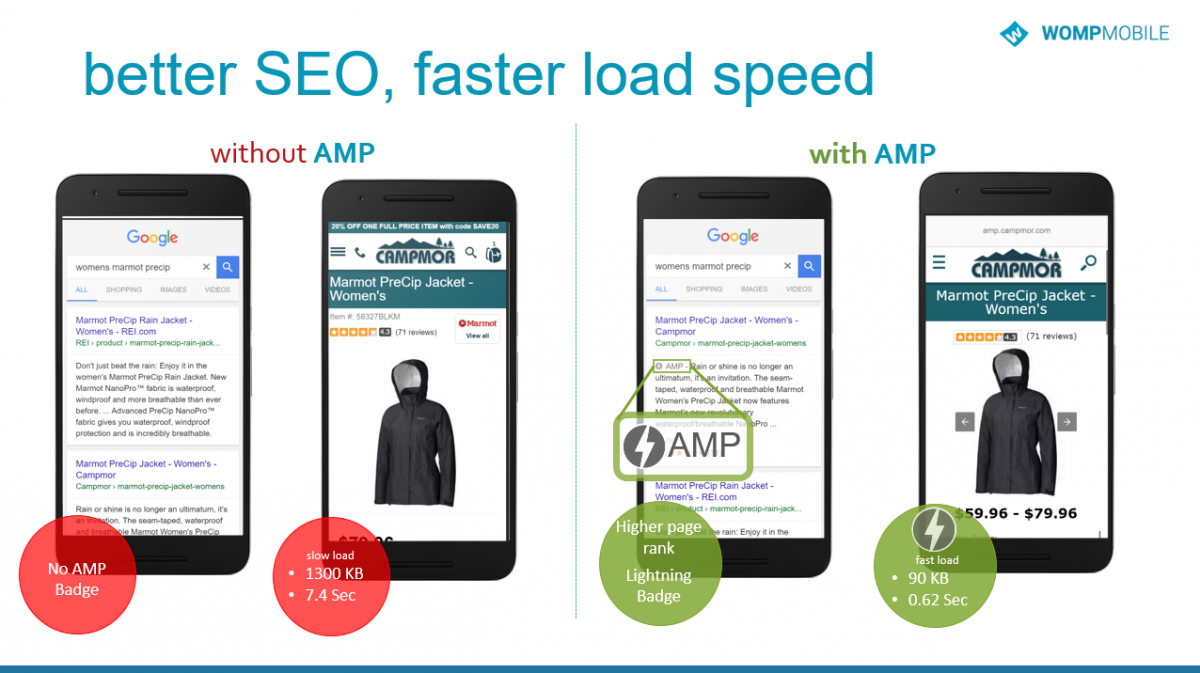